Subscribe to our newsletter for news and inspirations and get 10% off on your next order! Valid this month.

Skip to the end of the images gallery

Skip to the beginning of the images gallery

Your best fire-starting friend for igniting fire in any weather.

WARNING: Use of this product can expose you to chemicals including carbon monoxide, soot and other combustion by-products, which are known to the State of California to cause cancer and birth defects or other reproductive harm. For more information go to www.P65Warnings.ca.gov


HOW IT WORKS
The Swedish FireSteel fire starter is composed of two basic parts – the rod and the striker. The rod is made from a high-quality pyrophoric alloy containing metals that include iron, magnesium, lanthanum and cerium. The striker is made of stainless steel and has a precise edge grind developed to deliver maximum spark. By scraping the striker against the rod, the friction ignites tiny shavings of metal, converting them to oxides and generating bright, high-temperature sparks.The notable difference between the Swedish FireSteel fire starter and similar friction-based fire starters, often called Ferro cerium rods is the proprietary hardening process of the alloy, which produces a high-grade material that achieves durability without sacrificing consistency.


HOW TO START A LIGHT MY FIRE FIRE
1. Collect small sticks, bark and other kindling. The smaller the better, as it will be easier to light.

2. Arrange into a small pile.

4. Use paper, birch-bark or ideally take out your TinderSticks or Tinder-on-a-rope, made from farmed Honduran pine, scrape some shavings and arrange them among the kindling. With 80% resin, it is the optimal ignition fuel that will burn extremely hot and slow – and can also withstand moisture and water.

5. Carefully build up the fire, first with small sticks and then gradually increase its size. Ensure the fire has enough oxygen and be patient.

A Swedish FireSteel fire starter will work in harsh conditions, like extreme cold, where gas does not vaporize easily, making it difficult to light. It also offers predictable performance at any altitude, unlike a butane lighter, which is affected by both dampness and reduced oxygen at altitude. The spark of the Swedish FireSteel fire starter is bright enough to be used as an emergency signal. The striker and rod are tied together with a lanyard to prevent accidental separation and are compact enough to fit in a pocket.
Includes

Reviews 1
Write Your Own Review

StackBowl BIO
Be the first to review this product
As low as $5.50

CuttingBoard Plus BIO 2in1
Be the first to review this product
As low as $5.50 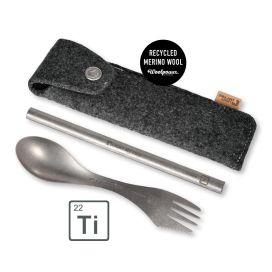 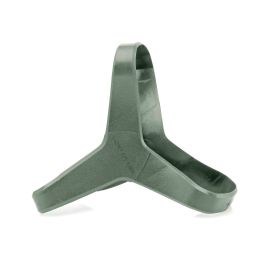 Harness
Be the first to review this product
As low as $5.50

ReStraw BIO 4-pack
Be the first to review this product
As low as $15.00